Amec appointed Rorcon Limited as their specialist labour provider to excavate and support the cross-passages and ventilation adits for the Woolwich Arsenal section of the DLR. The tunnel drive extending the Dockland Light Railway (DLR) under the River Thames to Woolwich Arsenal was completed on the 23rd July 2007 with a 540-tonne boring machine breaking through the earth south of the Thames and the project completed fully in 2009. The extension was 2.5km and links Woolwich south of the river with DLR  station, King George V, in North Woolwich, one stop away from London City Airport. It was also important in improving the transport for the 2012 Olympic games. The extension provides a direct link from Woolwich to central London (Bank station) in under half an hour, London City Airport in five minutes, Canary Wharf in 19 minutes and Stratford in 20 minutes. 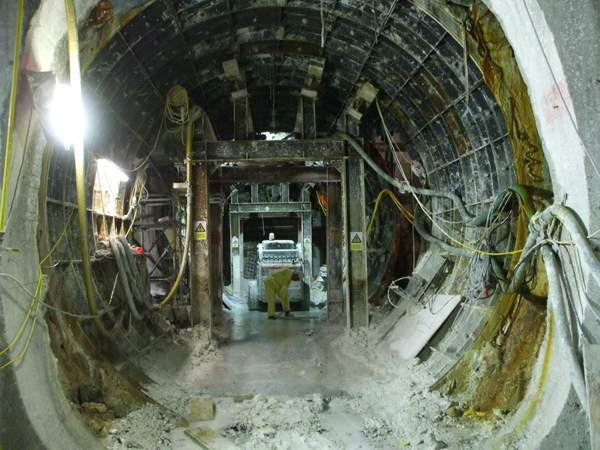 Construction of Cross Passages, Ventilation Chamber and Adits for the DLR upgrade.