BFK chose Rorcon for the second of their major Crossrail schemes. We successfully worked with them on many sections across this contract which included substantial underground excavation works at Tottenham Court Road and Bond Street as well as the major emergency underground crossover cavern below the street of Holborn, London. All work completed was punctual, and the quality of labour supplied was “First Class”.

Crossrail is one of Europe’s largest transport infrastructure projects to date. The line will display as the colour purple on the tube map and will be named the Elizabeth line, after HM the Queen. Crossrail will transform rail transport by increasing central London capacity by 10% and cutting journey times across the city. The program will support the equivalent of 55,000 full-time jobs and stimulate regeneration and economic growth.

The C300 TBMs crossed with 850mm clearance from the top of the London Underground Northern line platform tunnel, and 520mm below the overlying escalator barrel, with no disruption to LU services! This is a fascinating and impressive engineering masterpiece! In addition, The TBM-driven tunnel (part of C300) was used as a pilot tunnel for C410 station tunnels at Bond Street and Tottenham Court Road which achieved a 7-month program saving! We take great pleasure being involved in such a prestigious project undertaken with precision such as the above. 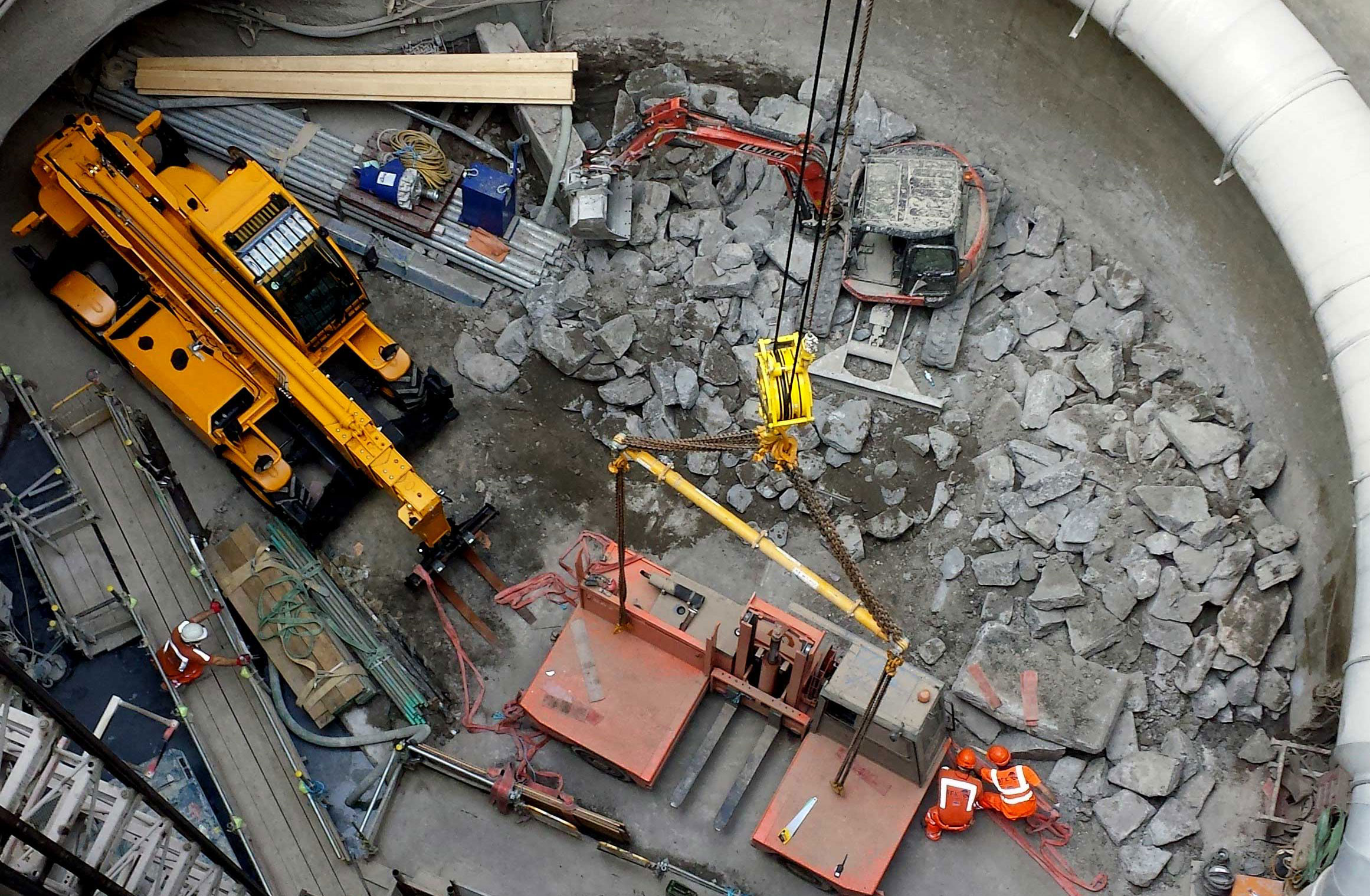